Papert - in his own words - Learning with 'e's 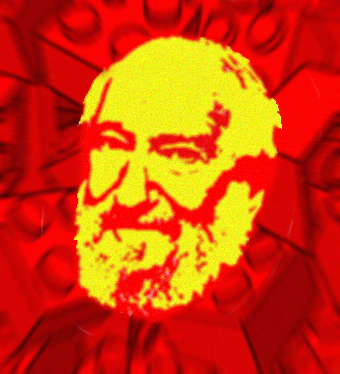 Seymour Papert passed away this week aged 88. His efforts to reform education through advancing social-constructivist theory will be perhaps one of his most important legacies. Papert has been widely acknowledged for developing the theory of constructionism. He saw learning as an active process that involved not only social interaction, but also constructing artefacts. Learning by making became an important component of learning in the digital age, and has been used as an explanation of the rise in user generated content.

His work around the early computer programming language LOGO was also ground breaking - introducing an entire generation of learners to the idea that coding could cause direct action with objects and space. The ability to command a floor robot to do one's bidding added a new level of engagement to maths and science lessons. Seymour Papert understood that fundamentally, people learn because they are interested - and that engagement with a problem, construction of an object or exploration of a space was essential for deeper forms of learning.

He was a stern critic of instructional and didactic forms of education, and was a champion of student centred learning, active engagement and creativity. These ideas will continue to inspire generations of educators to come, and his influence will not be dimmed by his passing. In memory of Seymour, here are some of the most significant (and inspirational) quotes from his illustrious career as a thought leader, developmental theorist and influential pedagogue:

On video games: "Every maker of video games knows something that the makers of curriculum don't seem to understand. You'll never see a video game being advertised as being easy. Kids who do not like school will tell you it's not because it's too hard. It's because it's boring."

On student centred learning: "I am convinced that the best learning takes place when the learner takes charge."

On the role of teachers: "The role of the teacher is to create the conditions for invention rather than provide ready made knowledge."

On transferable skills: "We need to produce people who know how to act when they are faced with situations for which they were not specifically prepared."

On the purpose of education: "The principal goal of education in schools should be creating men and women who are capable of doing new things, not simply repeating what other generations have done."

Papert - in his own words by Steve Wheeler was written in Plymouth, England and is licensed under a Creative Commons Attribution-NonCommercial-ShareAlike 3.0 Unported License.
Posted by Steve Wheeler from Learning with e's

via IFTTT
Posted by Steve Hargadon at 3:13 AM

Email ThisBlogThis!Share to TwitterShare to FacebookShare to Pinterest
Labels: learningrevolution